January 03, 2013
The National Endowment for Science Technology and the Arts ("NESTA") was in Salford Quays on 8 Nov 2012 on the second leg of its road show  to share its plans for the future, showcase its work in each local area and build new networks across the UK. It will be in Cardiff on 10 Jan, Birmingham on 19 March and Belfast in May. Some of those sessions were recorded and  you can download and watch the morning presentations and a question and answer session with Alex Connock of Shine TV from the Manchester Live Stream page.

In the afternoon we had a choice of sessions:

I chose "Plan A, Plan B or Plan I" which was supposed to focus on how we can foster innovation for sustainable growth and considered the Manchester Independent Economic Review by New Economy (an association of the local authorities in Greater Manchester) and NESTA's Plan I.  I had previously discussed Plan I in “We’re in the Middle of an Innovation Strike” which I published on my chambers website on 20 July 2012.   I found myself generally in sympathy with NESTA - though I think the idea of funding investment from the sale of 4G licences is impractical - and generally out of sympathy with the Manchester local authorities.

One of the exasperating things about living in the North is the failure to acknowledge that the M62 corridor between Leeds and Liverpool is a linear city not all that different in population or topography from Los Angeles County.  Here the Pennines which barely clear 2,000 feet are seen as a barrier justifying duplication of infrastructure and services in a way that the Santa Monica Mountains which are somewhat higher are not. The Plan A, Plan B or Plan I encouraged this myopia by focusing on development in Greater Manchester and ignoring Merseyside and West Yorkshire.

The roadshow, however, attracted speakers and delegates from across the region and presented a marvellous opportunity for making new, or, indeed, restoring lost connections.  If you can get to Belfast, Birmingham or Cardiff the roadshow is well worth attending.
Manchester NESTA New Economy Plan I roadshow 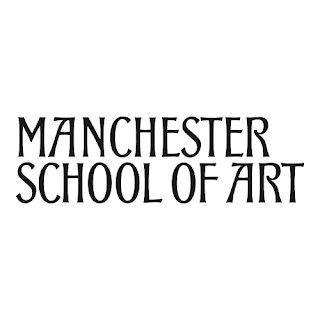 Jane Lambert The Creative Industries Federation describes itself as "the national membership organisation bringing together all of the UK’s arts, creative industries and cultural education to provide an authoritative and united voice in a way never done before." I had previously attended two of its events:  a roadshow in Leeds on 1 June 2015 (see  The Creative Industries Road Show comes to Leeds   3 June 2015 Terpsichore) and a Brexit impact meeting n Manchester on 28 July 2016. On 2 Feb 2017, the Federation held an event called "Creative Industries and the Business of IP" . The announcement on the CIF's website promised: "The Federation and the Alliance for Intellectual Property are convening this highly practical discussion on intellectual property that will address the main policy issues for the creative industries and help to demystify IP. This will include keynote speakers as well as two practical break-out sessions that wil