October 25, 2012
If you look at the Daily Telegraph's map of Britain's 1,000 brightest companies you will find the biggest concentration outside London in the North West.  There are 60 in Greater Manchester compared with 34 in Bristol, 28 in West Yorkshire, 24 in Birmingham, 21 in Newcastle and 13 in Glasgow. Only the capital has more.

This concentration of successful businesses may have been one of the reasons why the Daily Telegraph selected Manchester Central to host the Festival of Business.  There were a number of star speakers at the festival including Michael Fallon MP, Minister of State for Business and Enterprise (one of my contemporaries at St. Andrews), Sir Terry Leahy of Tesco and Martha Lane Fox, "the digital champion" but for me the principal attraction was Jim O'Neill, Chairman of Goldman Sachs Asset Management, author of "Dreaming with BRICs: The Path to 2050".

Dr. O'Neill is a Mancunian as were  Jevons, Devons, Jewkes, Campion and of course the Manchester School in one way or another.  Though inspired by BRICs I couldn't help recalling a similar thesis by Herman Kahn about Japan in my youth ("The Emerging Japanese Superstate: challenge and response". Prentice Hall. ISBN 0-13-274670-0).  Through the i-Pad which the Telegraph kindly put at my disposal I asked Dr. O'Neill why we should suppose China's boom should be any more sustainable than Japan's.   O'Neill's reply was that China was at an earlier stage of social and economic development than Japan in the 1970s.  True, but China will also have an ageing population as a result of the one child policy just as Japan does now..

After O'Neill's talk delegates divided into smaller groups to attend breakout sessions.   I attended a presentation by Gilli Goodman of Google's Manchester office in Oxford Street.  That talk was excellent and was reason enough to attend the conference.  Gilli showed us a number of tools that can be used in market research such as "Consumer Barometer", "Think Insights", YouTube Trends, Google Trends and Google Alerts. In the Q & A that followed I mentioned Google Campus and suggested a Manchester offshoot. "Good idea" agreed Gilli, "but I'm not the one to talk to about it."  I tried to find out who was but Gilli was besieged by punters miffed at losing their place in the Google listings.

I really wanted to hear Herwig Vennekens talk about the Mittelstand, the SME that power the German economy, but I had a plane to catch.  There was just time for a quick lunch and there I met my friends Lisa and Helen Tse of the excellent, award winning restaurant Sweet Mandarin. This was my first opportunity to congratulate Helen and Lisa on their success at Dragons' Den:

Helen and Lisa were by no means the only familiar faces at Manchester Central. Manoj Ranaweera of edocr.com, Harold Sharples (another St Andrean) and chartered accountant Colin Glass who had come all the way from Leeds were there - to name but a few.
Dragons' Den Fallon Festival of Business Gilli Goodman Google Jim O'Neill Lane-Fox Leahy Lelen Lisa Manchester Sweet Mandarin Tse 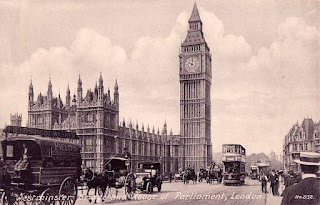 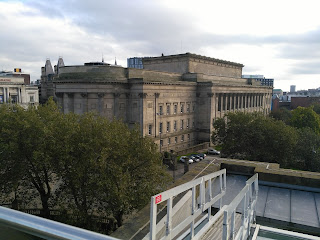