3 Feb 2017 Rev 17 Sep 2017
The Northern Powerhouse was conceived in the days of the Coalition by the former Deputy Prime Minister, Nick Clegg, and the former Chancellor, George Osborne, as a strategy to stimulate economic growth in the North of England by developing the principal cities of the North of England into a counterweight to London through improving transport links and investing heavily in science, technology, the arts and education (see the speech by the Rt Hon George Osborne “We need a Northern powerhouse” 23 June 2014).


As long ago as 2011 I had argued that the communities that form what is almost a single conurbation from the East Leeds suburbs to the Irish sea should begin to think and act regionally and not just locally. In LEP Summit: My Impressions of the Day as a Delegate 10 Sep 2011 IP Yorkshire, for instance, I wrote:

“Another depressing theme was inter-regional rivalry and dependency on London. One gentleman from the floor asked when Leeds-Bradford airport would restore its link to Heathrow. There is already a major international airport at Ringway connected by a direct rail service and the M62 motorway to most parts of Yorkshire. There are some things such as airports that are best done on a Northern and not just City Region basis. I think our LEP Board realizes that which is why they invited representatives from the other regions.”

I developed that idea in NESTA in Manchester 3 Jan 2013 IP North West:

“One of the exasperating things about living in the North is the failure to acknowledge that the M62 corridor between Leeds and Liverpool is a linear city not all that different in population or topography from Los Angeles County. Here the Pennines which barely clear 2,000 feet are seen as a barrier justifying duplication of infrastructure and services in a way that the Santa Monica Mountains which are somewhat higher are not. The Plan A, Plan B or Plan I encouraged this myopia by focusing on development in Greater Manchester and ignoring Merseyside and West Yorkshire.”

I set out the case for a Northern counterweight in Creating a Northern Counterweight to London is good for the Nation 5 April 2014 which was just over two months before Osborne delivered his “We need a Northern Powerhouse speech.”

Sadly, the present Chancellor, Philip Hammond, lacked his predecessor’s vision. His Northern Powerhouse Strategy has diluted and downgraded the idea of an integrated Liverpool to Leeds conurbation as a viable counterweight to London to a general regional development programme like many others before it for the area North of the Humber and Mersey to the Scottish border. His initiative is not without merit. It may well stimulate the following sectors in the North:
But the phrase “Northern Powerhouse” is now more of a brand and less of a programme for rebalancing our economy.

Below you will find links to official publications and other articles on the Northern Powerhouse. 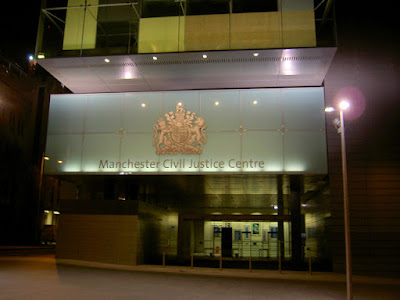